As being called the “Last Undiscovered Region”, one cannot virtually find any record before Showa Era (1926-1989) pertaining to Kumo-no-daira (kumo means plain and daira means plain) when researching its history. The origin of its name is unknown but possibly means “When overseeing the place from surrounding ridgelines, sometime, it literally looks like plain of clouds as clouds cover gently-sloping topography of Kumonodaira” or “When snow melts, the surface of the ground takes on the shape of a spider (spider also means kumo in Japanese)”.

Before the age of modern mountaineering, the region of the Kurobe Riverheads (including Kumonodaira) had been managed as forest owned by Kaga Han (one of feudal clans in Edo Era (1603-1867)). Since this area borders the Kaga Han and the Matsumoto Han on Shinshu side, a post called “Okuyama Mawari (Patrol for Deep Mountain)” was created, and once a year, a patrol in conjunction with local woodcutter(s) was undertaken. For forest resource management, for the forest resource management, Kumonodaira, however, was not subject to this patrol. 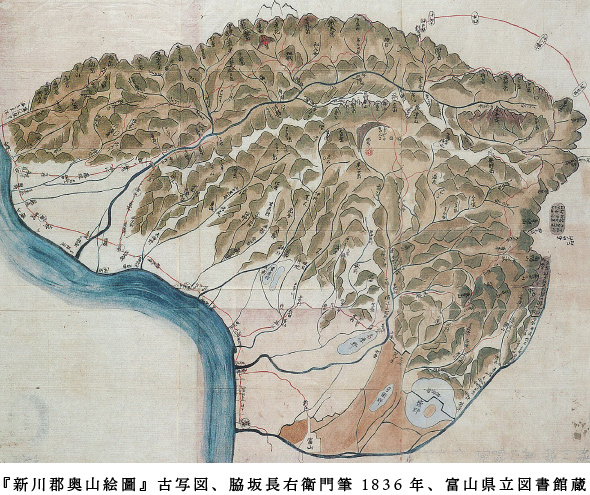 During the Meiji Era (1868-1912), professional huntsmen ventured into every small stream of Kurobe Gorge seeking their prizes, and mining of molybdenum began in Daito Mine at Takamagahara (Iwagoke Plain) in neighboring Kumonodaira. Modern alpinism was beginning popular in the Japan North Alps, but Kumonodaira remained unnoticed. The vicinity of Kurobe Riverheads maintained an image of “Last Undiscovered Region” where the resident population continued old practices of utilizing natural resources for their livelihood, with little appreciation of nature. On another front, Matsujiro Kanmuri, an alpinist known as “Master of Kurobe”, did not show particular interest in Kumonodaira, noting, “Nothing particular to see”, and in early alpine literature, priority focused on exploration of peaks and ravines that stimulate the adventurous mind.

Shoichi Ito, founder of the Kumonodaira Mountain Hut, first called attention to the Kurobe Riverheads, describing it as unique and beautiful. Shoichi’s first career as Aeronautic Engineer abruptly ended in the aftermath of World War II. After learning from an acquaintance that Mitsumata-Goya Hut’s owner has been killed in the war, Shoichi bought management rights. He first encountered with Kumonodaira while exploring regions adjacent to his mountain hut with the aim of pioneering trail routes in the for Kurobe Riverheads region, the last unexplored territory in Japan North Alps (this episode is described in details in “Kurobe no Sanzoku (Bandits of Kurobe)” written by him).

In Shoichi’s eyes, beautiful scenery, such as the small marshland ponds scattered around the meadow, exquisitely placed stones, Haimatsu (the dwarf pines), and alpine flowers blooming in profusion, appeared as if Nature’s Gardner has created a paradise. Kumpnodaira had “Wabi Sabi” that Japanese special feeling of place that invokes deep feelings. The small hill where the lodge is located is the focus of the area’s energy and became a welcoming place for humans venturing into the wilderness. We continue to honor Shoichi’s legacy here at Kumonodaira.

For eyes of Shoichi, beautiful scenery such as small marshland ponds scattered around grassy plain, exquisitely placed volcanic rocks and Haimatsu (dwarf pines) and alpine flora blooming in profusion that was as if a gardener methodologically created might have been one sort of utopia.

He decided to build the mountain hut there. At that moment, new alpine culture, that was not just the use of resources nor exploring peaks and ravines, sprouted in Kurobe Riverheads, the remotest region in Japan North Alps.

1945
In September, Shoichi Ito bought management rights to Mitsumatarenge-Goya Hut after his friend Hideo Okuhara of the Nishiitoya Inn informed him it was available for purchase.
1953
Shoichi Ito began building the Ito-Shindo Trail.
- Construction began on the temporary bridge at the Dai-San Suspension Bridge location on the Ito-Shindo Trail.
First attempted flight of a cargo shipment
by a Cessna plane in Japan North Alps.
This delivery method was eventually halted in following year after the Cessna plane, that was on covering news on training of the Antarctic Expedition Team, crashed on Mt. Norikura. 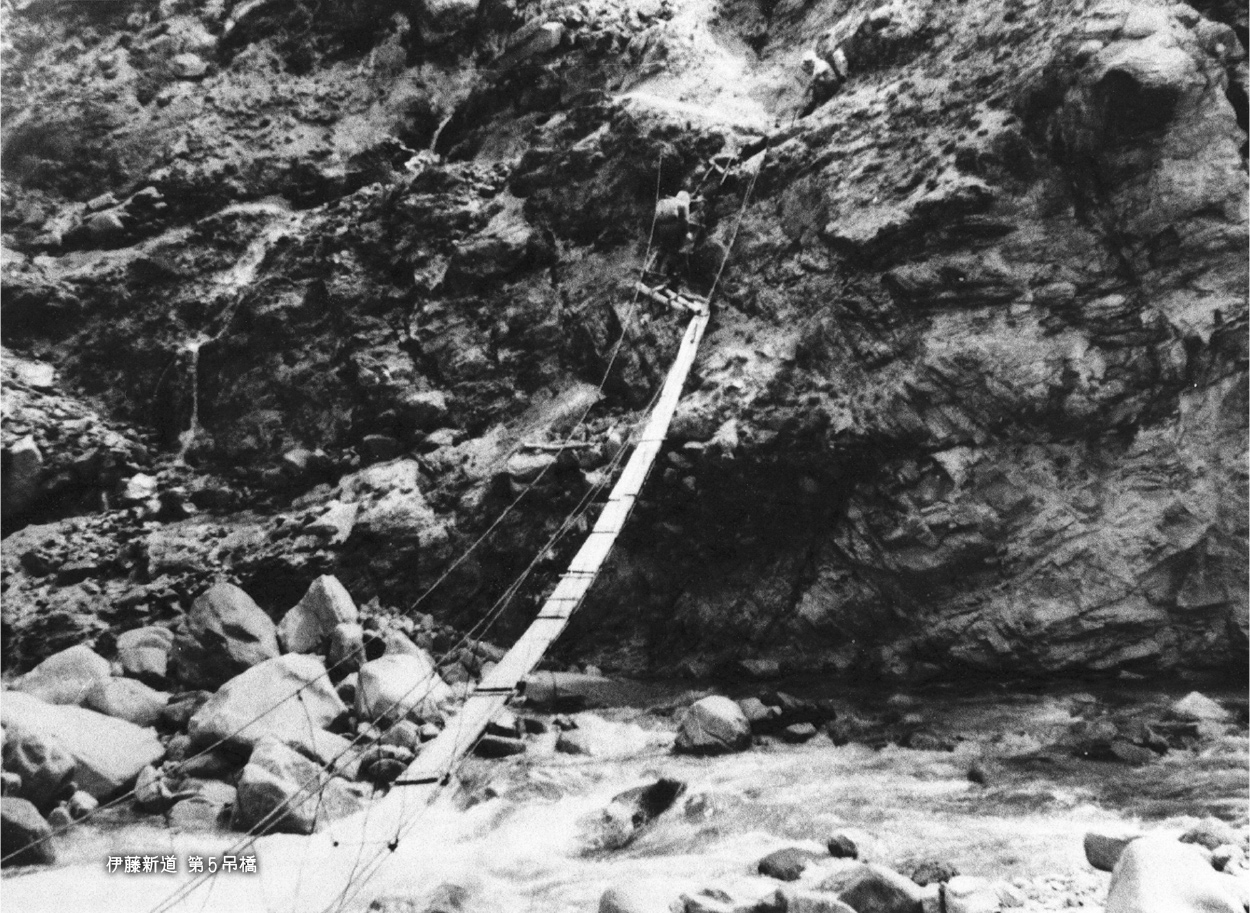 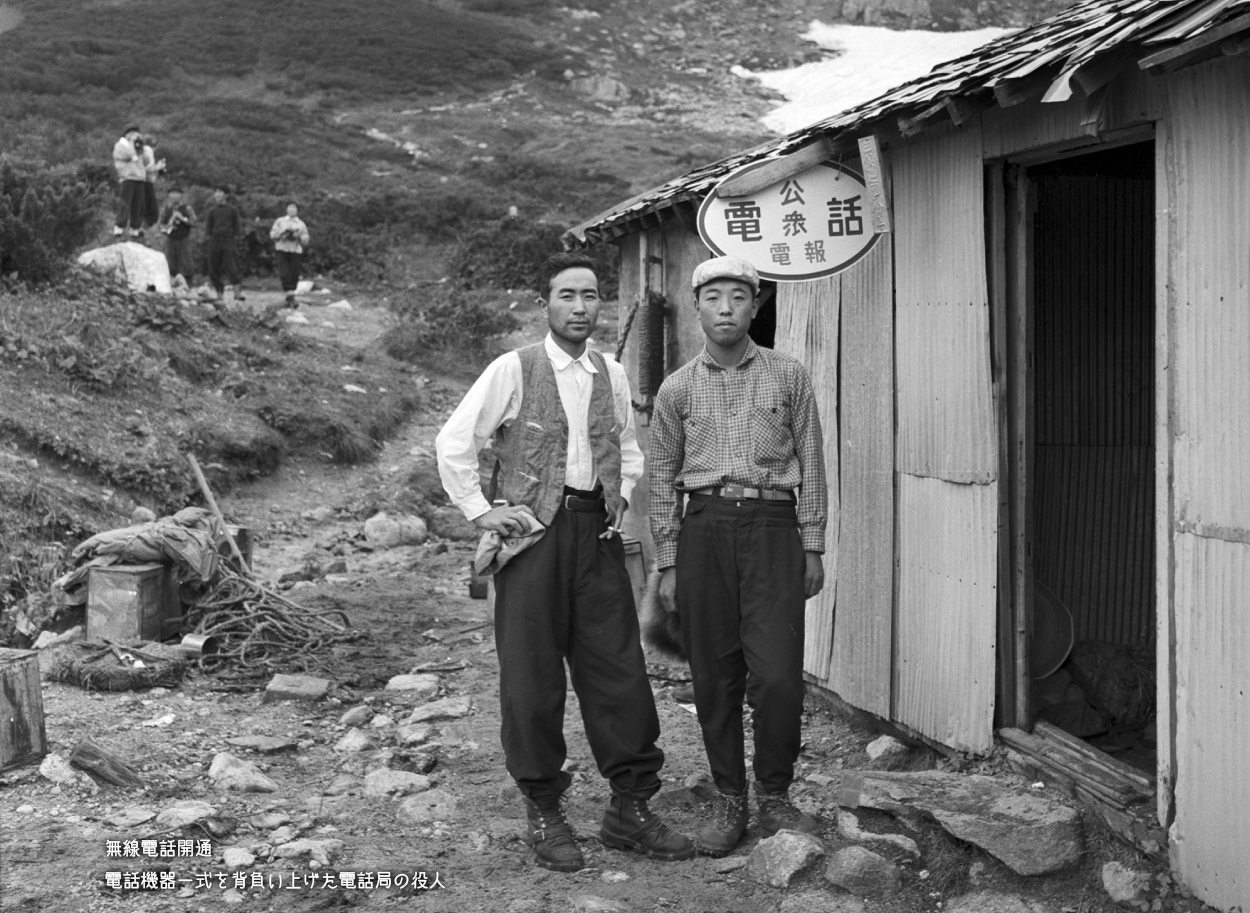 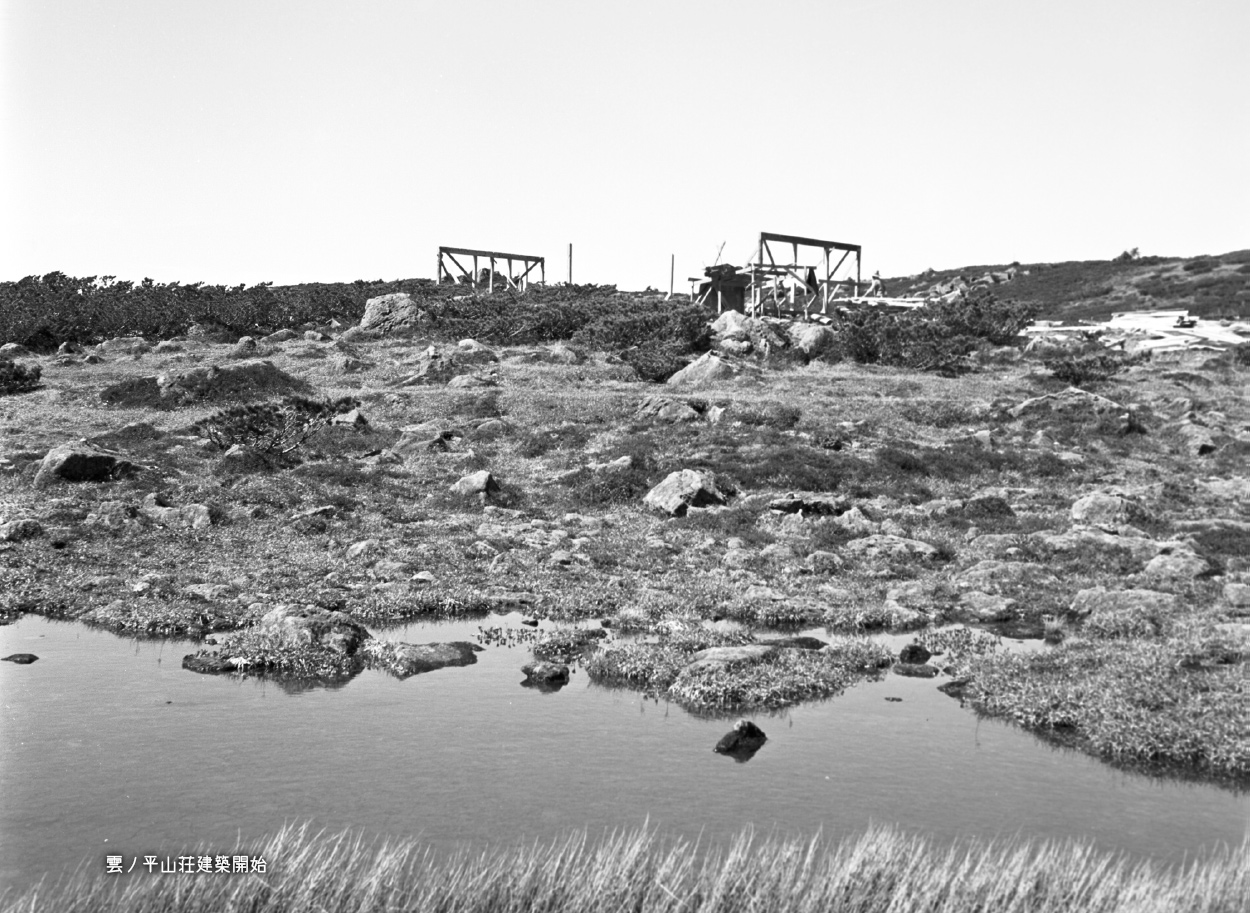 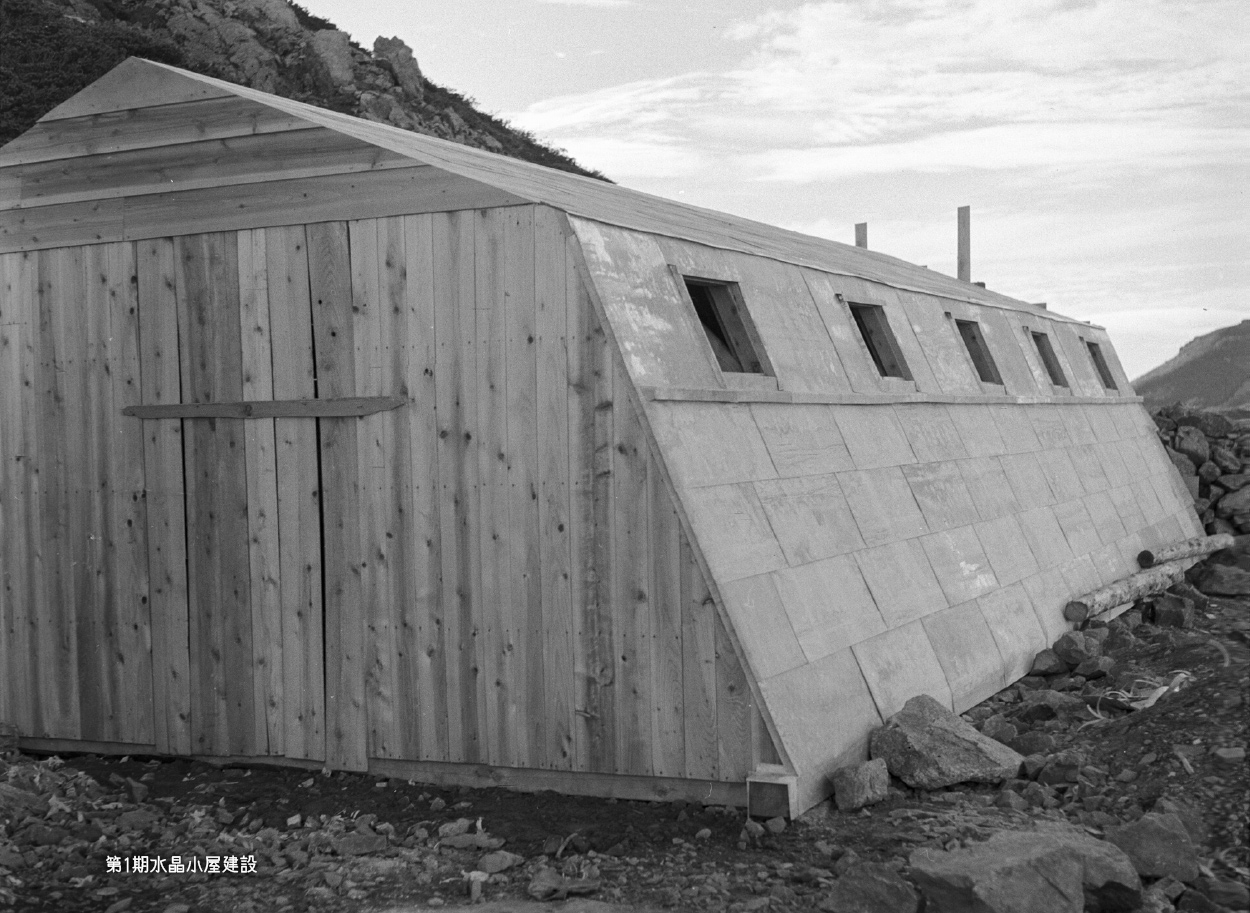 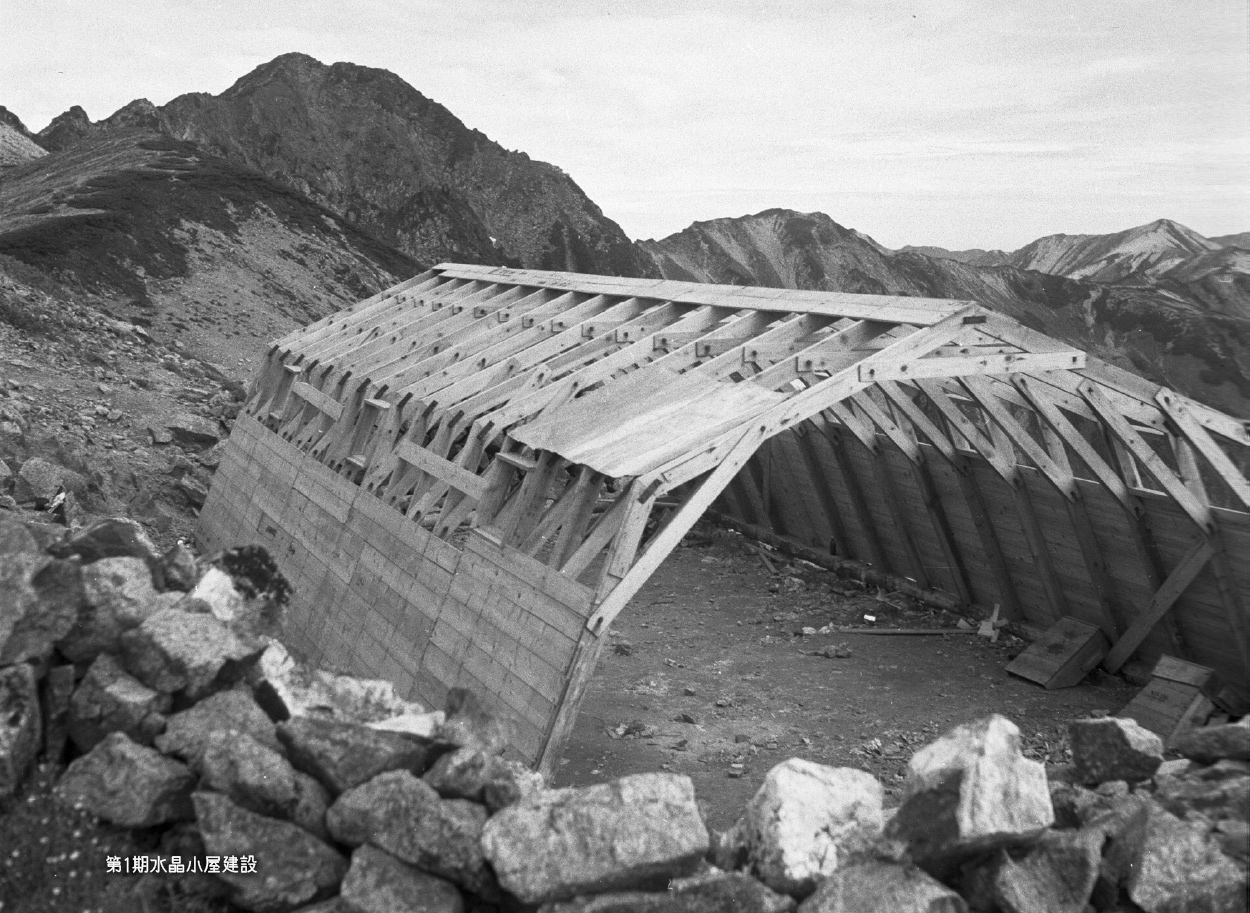 1961
the Kumonodaira Mountain Hut, begun in 1959, was nearly complete. 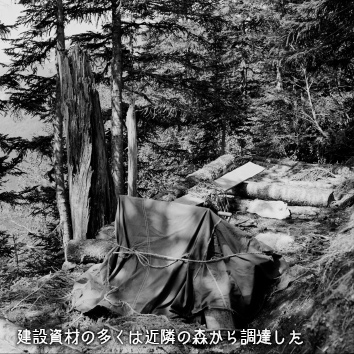 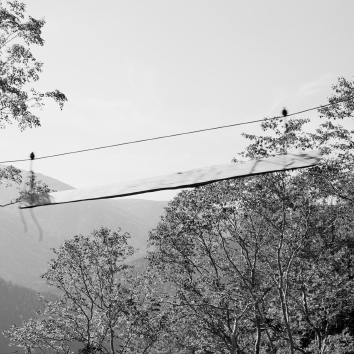 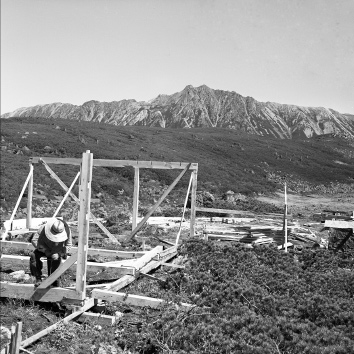 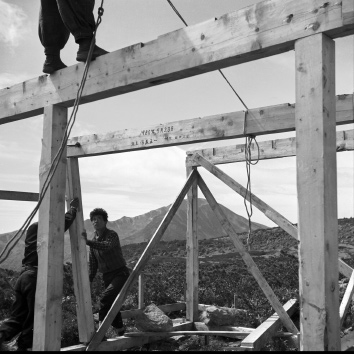 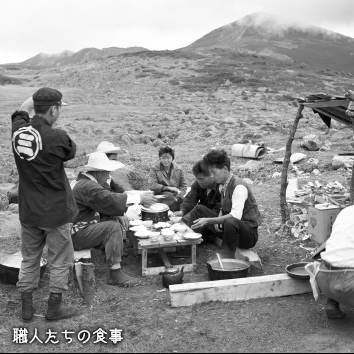 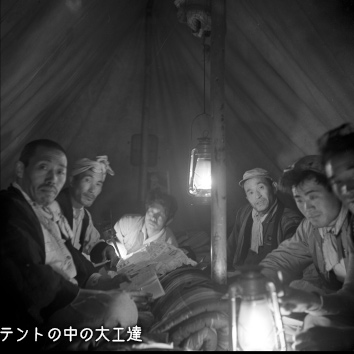